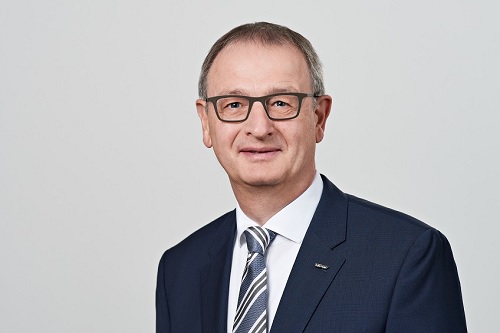 "The levels of orders on hand are good. However, supply bottlenecks and sharp rises in the price of raw materials and components are increasingly holding back business," says Dr. Wilfried Schäfer, Executive Director of the VDW (German Machine Tool Builders' Association), Frankfurt am Main, commenting on the result. "Orders are expected to continue rising in the coming months. They are being driven by catch-up effects that will continue for quite some time," Schäfer adds. However, it may not always be possible to translate the orders into sales as desired, as the machines can only be delivered with delays due to a lack of parts, especially electronic components. "And that is why we are having to scale this year's summer forecast of 8 percent growth down to 5 percent," Schäfer concedes. Double-digit growth is expected, by contrast, in the coming year.

Orders are also slowly catching up in relation to the figures posted in 2019, the year before the pandemic, which is generally considered to provide a more meaningful evaluation of the current situation. The figures for the first nine months are 4 percent higher than for the same period in 2019. However, the domestic market is still 12 percent below the 2019 level. "The all-important automotive industry is suffering particularly from the chip shortage in Germany and is therefore cutting back on investment," explains Schäfer. The main driving force is foreign orders, where an increase of 13 percent was posted. Of the top 15 machine tool customers, two-thirds are back above the 2019 mark, especially Austria and Italy. The exceptions are Poland, France and the UK, which have not yet returned to their pre-crisis levels.

The strong demand is resulting in a noticeable increase in capacity utilization. This was 86 percent in October compared to 71 percent as the average for last year. Employment, a delayed indicator of economic development, has not yet bottomed out. This September it was 8.5 percent below last year’s figure of 63,300 employees. At the same time, 46 percent of companies reported a considerable shortage of skilled workers in a recent VDMA survey. There is currently a shift in demand towards more electronics-based skills.

"All in all, our industry considers itself well on the way towards overcoming the crisis. We expect supply chains to stabilize again in the coming year. Our industry will then be able to continue its recovery," says Schäfer in conclusion.