Scientists at Nanyang Technological University, Singapore (NTU Singapore) have developed probiotics with a unique edible coating that ensures the beneficial bacteria successfully reach the intestine once they are ingested.

Probiotics are defined by the World Health Organisation as live microorganisms, which when administered in adequate amounts, confer a health benefit on the host[1]. They have been shown to help prevent infections of the urinary and digestive tracts, and to maintain a healthy gut flora, which is linked to reducing the risk of obesity and promoting overall well-being[2].

However, several modes of delivering probiotics, including supplements and dairy products, have not been effective in ensuring they survive conditions in the human stomach to be delivered in quantities that would be sufficient to benefit one’s health. Many studies show that the bulk of probiotics delivered in commercial supplements and yogurts die off within the first 30 minutes of exposure to the acidic environment of the stomach[3]. 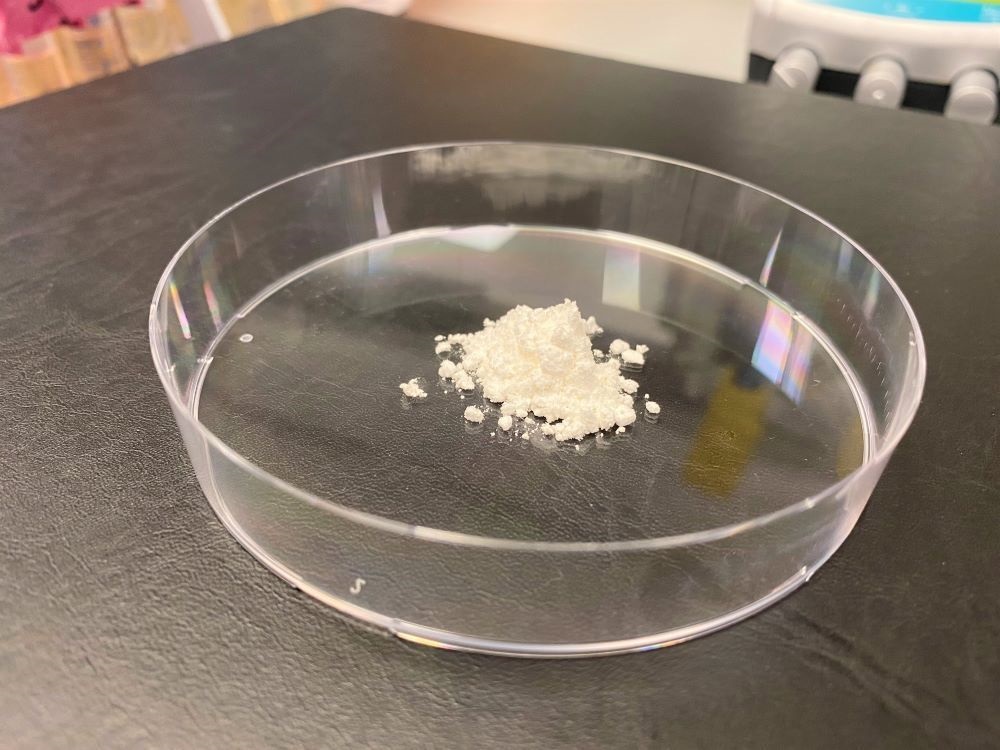 The NTU probiotics coating technology is customisable and can be used to create powder-like coated probiotics, which are about 10 μm (0.0004 inch) in diameter.

In the NTU-study, the probiotics, gut-friendly Lacticaseibacillus bacteria, are spray-coated with alginate, a carbohydrate derived from brown algae, protecting them from the harsh acidic conditions in the stomach.

Through experiments simulating a journey along the human digestive tract, only the probiotics with the NTU-developed coating survived. The bacteria are released only when they reach the small intestine, as the coating breaks down by reacting with phosphate ions, which are present in higher amounts in the small intestine (see video).

Development of the alginate coating technology reflects NTU's commitment to the needs and challenges of healthy living and ageing, which is one of four humanity’s grand challenges that the University seeks to address through its NTU 2025 strategic plan. 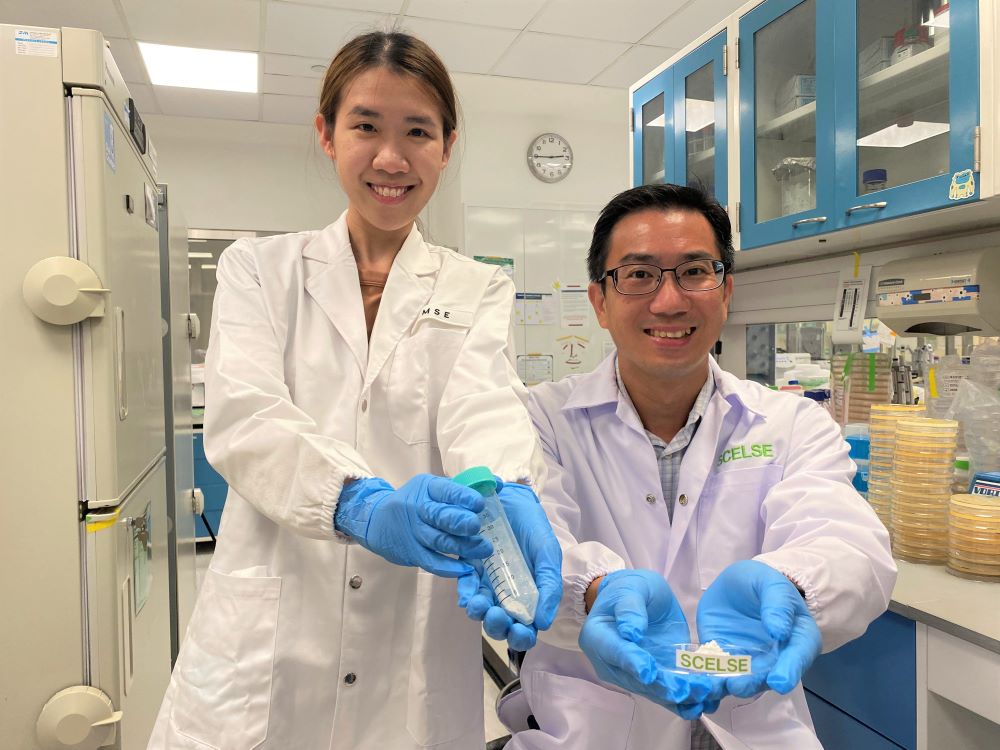 Associate Professor Joachim Loo of NTU’s School of Materials Science & Engineering,who led the study, said: “In recent years, scientific studies have shown that the health of an individual is much more dependent on the help of ‘good bugs’ in our gut than we previously thought.”

“However, probiotics are delicate microorganisms and cannot survive the harsh environment of our stomach. To increase the efficacy of probiotics as a dietary supplement, we sought to “parcel-wrap” and deliver them to specific sites of the intestine where they function best. This moisture-stable packaging, through materials engineering, makes for a more effective probiotic delivery and extends the shelf-life of the supplements.”

Ms Tan Li Ling, a PhD student at NTU’s School of Materials Science & Engineering, who was first author of the study, said: “We selected alginate as the coating material as it is safe for human consumption, of natural origin, and relatively low-cost. Alginate also exhibits acid-buffering properties, which can protect the probiotics against the harsh conditions caused by gastric acid.”

The results of the study were published in the peer-reviewed academic publication Carbohydrate Polymersin February. A patent application for the probiotics coating technology has also been filed through NTU’s enterprise and innovation company, NTUitive.

Expanding the use case of probiotics

The NTU probiotics coating technology is customisable and can be used to create powder-like coated probiotics, which are about 10 μm (0.0004 inch) in diameter.

The method uses protective sugars alongside alginate, so that the bacteria are not killed during the manufacturing process. In addition, the use of calcium ions allows the coating from degrading in liquids, or in a moist environment, giving it a longer shelf-life.

The method also utilises the technique of spray-drying to produce the coated probiotics. Spray-drying is a cost-effective and high-throughput method of production, which is already commonly used by the food and pharmaceutical industries. It would allow the NTU-developed coated probiotics to be produced affordably and in large quantities.

To make the coated probiotics, the scientists cultivated Lacticaseibacillus bacteria, before washing them in a salt solution. After which, the bacteria were packed together in a concentration that reflected the United Nations recommended dosage of probiotics[4]. Finally, the probiotics were spray-dried and coated in alginate. The whole process takes about an hour.

If refrigerated, the coated probiotic bacteria could survive for over eight weeks. The NTU-developed also did not degrade at all, and was able to protect probiotics against gastric acid, during an eight-week testing period.

In comparison, probiotic drinks have a shelf life of up to seven weeks when refrigerated, but the probiotics they contain start to die off after being left at room temperature after a few hours[5], say the scientists.

Besides potentially serving as a more effective way to deliver probiotics, the NTU scientists say they are exploring using their innovation to enrich food and drinks, such as beer and other canned beverages, with probiotics.

Assoc Prof Loo added: “With a paradigm shift towards disease prevention rather than treatment, probiotics may therefore hold the key in shaping one’s health, keeping one in the pink of health. By further adapting the coating technology, it will be possible to apply it to a range of other probiotics, and for other purposes too, including commercial applications in the agri-food and medical industries.”

Ms Tan added: “This technology is highly versatile as the coated probiotics can be incorporated into many different product types, including dietary supplements and pills, food and beverages, and even animal feeds.”

The NTU-developed technology has received interest from companies in the F&B industry to adopt and further develop it.

The scientists will be working on testing their innovation on other types of probiotics, which would enable it to be applied to the agrifoodtech industry, as it could be used to enrich the diets of reared animals, such as fish and chicken, with probiotics, to find alternatives to antibiotics in agri-farming.

[5] Digestion. Dying in yoghurt: the number of living bacteria in probiotic yoghurt decreases under exposure to room temperature, 2014.