Coca-Cola strongest brand in the US – TradingPlatforms


In the United States, Coca-Cola scored a Brand Strength Index (BSI) of 93.3 out of 100, making it the strongest brand in the country, according to a TradingPlatforms.com analysis. It also has a corresponding elite AAA+ rating.

The BSI score ranking is based on its Brand Loyalty and Recommendation Forecast data reflecting consumer perceptions, preferences, and intentions – both online and offline.

TradingPlatforms' financial expert Edith Reads says, "Coca-Cola's brand strength is undeniable. Largely due to the prominence of its core drink in the consumer’s mind, as well as more recent innovations such as new flavors and lower sugar variants. This BSI score is a measure of consumer loyalty, which is only achieved through an outstanding level of brand awareness and strong consumer approval ratings." 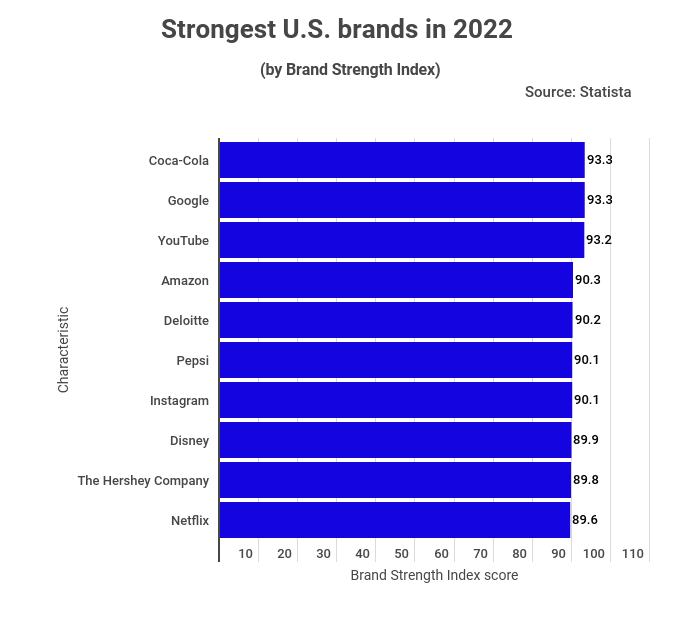 In a time of rising health consciousness, the company has focused on providing low-nutrition and alternative products like Coke Zero to meet consumers' needs. The company recently announced the launch of Coca-Cola Zero Sugar Zero Caffeine, a take on the Coca-Cola Zero Sugar taste. This new variant will be available across 2L PET bottles and multipack 330ml cans.

At the same time, it has made strategic decisions to leverage e-commerce to ensure brand availability in an era of interrupted supply chains. Coca-Cola’s digital strategy has also boosted its sales apart from its solid product strategy that saw them successfully navigate to the top.

During the 2021 pandemic, Coca-Cola launched a campaign to celebrate life and shared experiences – ‘Together Tastes Better’ – to promote the home consumption of Coca-Cola products.

From the onset, Coca-Cola's online ordering and delivery were fraught with security concerns and restricted usage due to quarantines at that time. So the company also launched the myCoke mobile application, enabling online orders delivered directly from your fridge!’

The company has built a strong presence across digital and social platforms using its flagship brands to encourage online engagement and community actions. The full story and statistics can be found here: Coca-Cola is the strongest brand in the US, with a brand strength of 93.3