BASF Venture Capital GmbH, the corporate venture company of BASF SE, Germany, and Aqua-Spark, a Dutch investment fund focusing on the global aquaculture industry, are investing in Sea6 Energy Pvt. Ltd. (the company) as part of a Series B round. Sea6 Energy was founded in 2010 and is located in Bangalore, India.

The company is a leader in the production and processing of tropical red seaweed. Other existing investors include Tata Capital Innovations Fund. With this investment, Sea6 Energy will complete its Series B transaction of INR 1402 million (about $18.5 million) in total. 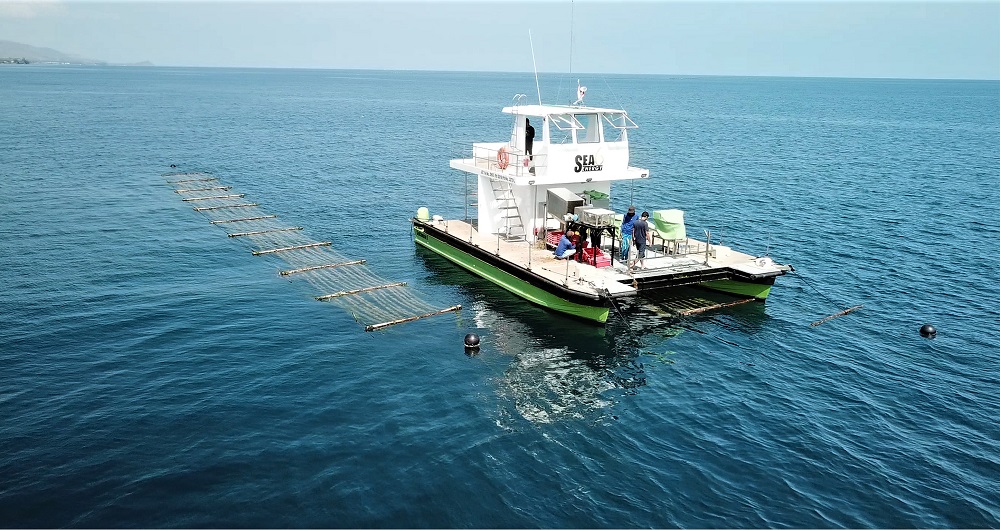 BASF Venture Capital GmbH, the corporate venture company of BASF SE, and Aqua-Spark, a Dutch investment fund focusing on the global aquaculture industry, are investing in Sea6 Energy Pvt. Ltd. as part of a Series B round. Sea6 Energy was founded in 2010 and is located in Bangalore, India. The company is a leader in the production and processing of tropical red seaweed.

Red seaweed grows mainly in tropical waters in Asia, which have constant, high temperatures conducive to year-round growth of seaweed. Biomass from the fast- growing red seaweed is suitable as a raw material for a variety of applications, for example in animal feed and crop protection products, as a gelling ingredient in the food industry or as an ingredient in cosmetics. Only a small proportion of the commercially offered seaweed comes from wild collections. Most of it is grown in farms, particularly in Asia, and since 1950, the quantity produced worldwide has increased a thousandfold. In 2019, nearly 35 million tons of seaweed were produced, about half of which is red seaweed1 . The market volume for seaweed products was almost $17 billion in 20202 . However, commercial offshore cultivation on a large scale is complex, and the technical systems must withstand adverse weather conditions, such as storms and waves.

Sea6 Energy has adapted its cultivation technology to the conditions in deeper water and adverse weather conditions and covers both parts of the value chain with its integrated business model. To identify the right locations with the right conditions for its farms, Sea6 Energy uses satellite imagery, for example. Under suitable conditions, at least six harvests per year are possible.

The company is headquartered in Bangalore, India, while in Bali, Indonesia, it has set up a fully owned subsidiary that carries out commercial seaweed farming. Sea6 operates various plants in Tuticorin, India, for the further processing of red seaweed for different applications. For example, the company produces biostimulants for use in agriculture and shrimp farming that increase resistance to disease and stress. Sea6 Energy is also working on the development of bioplastics and biofuels based on red seaweed. In addition, Sea6 Energy has developed a proprietary process that increases the shelf life of red seaweed from one to two days to up to 60 days. This facilitates the transport of fresh red seaweed, which can otherwise only be transported over longer distances once it has been dried.

“Sea6 Energy convinced us with its integrated business model,” said Markus Solibieda, Managing Director of BASF Venture Capital GmbH. “With its extensive experience in the field of biotechnology, the team has created very good upstream conditions for cultivating red seaweed as biomass on a large scale while also demonstrating success downstream through its biorefinery. This opens up opportunities for transitioning traditionally crude-dependent industries such as the chemical industry to renewable feedstocks.”

“Our vision is to be able to offer red seaweed biomass and products on a large scale sustainably and reliably. Thanks to our patented mechanized cultivation technology, we can produce high quality biomass in large scale at competitive pricing which can enable products like Bioplastics and Biofuels as well,” says Shrikumar Suryanarayan, CEO and co-founder of Sea6 Energy. “We look forward to having experienced partners at our side in BASF and are happy about the renewed commitment of Aqua-Spark.” “Sea6 has made great progress over the past year, and we are excited to continue to support the company. We believe Sea6’s seaweed cultivation technology is a real game-changer in the industry, making a variety of applications of red seaweed possible on a commercial scale,” said Aqua-Spark managing partners Mike Velings and Amy Novogratz. Aqua-Spark has been an investor in Sea6 Energy since June 2021. The transaction also provides partial exit and liquidity to Tata Capital Innovations Fund.