Japanese consumer goods and cosmetics company Kao has announced changes in the leadership of its global Cosmetics Business. As of January 1, 2023, Mark Johnson, currently Global President Molton Brown is appointed President Cosmetics Business AEMEA, taking on additional responsibility for the Kanebo and E'quipe Businesses in the Americas and Europe, Middle East and Africa (EMEA) markets. 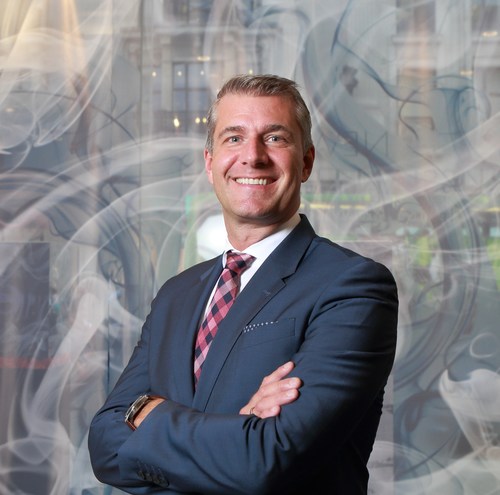 With his extended responsibilities Johnson is also appointed Executive Officer joining Kao's global management board in the Tokyo headquarters. He will report into Yosuke Maezawa who takes over as President, Cosmetics Business Global, from Yoshihiro Murakami who will move into a new role driving Kao's digital expansion as Senior Vice President, DX Strategy, Global.

Kao recognises the significant contributions that Johnson has made to the business since he joined Kao in 2003 as Vice President of Finance and Administration for Molton Brown USA. Mark was promoted to General Manager of the US business in 2012 where he was responsible for the development and implementation of the organization's short- and long-term vision, goals and strategies and was very successful at driving significant top and bottom-line growth, whilst ensuring that regional strategies are clearly aligned with the global vision. He was appointed President, Molton Brown Global in July 2014 and has successfully led the development and implementation of the global brand strategy since then.

With Johnson's appointment, Kao brings its strategic Cosmetics brands under one leadership, recognizing the growth potential for the brands in the AEMEA region. Over the coming months, Mark and the leadership teams will work closely together to define the future vision for the AEMEA Cosmetics Business.

"I feel honored to join Kao's global management team to give an even stronger voice to the AEMEA regions in our global business," says Johnson. "At the same time, I see a lot of opportunities in bringing our strong global cosmetics brands together to further grow our footprint in the market. I am looking forward to working with the Molton Brown, Kanebo and E'quipe leadership teams to shape the future of our amazing cosmetics brands."

With this move all Kao AEMEA business sectors have now full board representation in the company's Tokyo head office. Karen Frank, President Consumer Care Business, AEMEA and Dominic Pratt, President, Kao Salon Division, Global had been appointed Executive Officers earlier this year. These appointments acknowledge the important role of the Kao businesses in the Americas and EMEA regions for the future globalization of the Kao Group while at the same time strengthening the international representation and diversity of the management board. Together with Karen Frank and Dominic Pratt, Mark Johnson will be able to further strengthen the role of the AEMEA Consumer Products Business within the global business operations by giving the regions a strong voice within the Global Management Team and the ability to lead the businesses with faster decision making and greater autonomy. They will also continue to collaborate with Kao's leadership team on international business matters.