When shopping in the supermarket, consumers must be able to rely on food labels. However, are they always correct? In the joint project QSPEC, the AMO GmbH, the Laser Zentrum Hannover e.V. (LZH), the Leibniz Universität Hannover (LUH), the TOPTICA Photonics AG, the AMOtronics UG and the German Institute of Food Technology (DIL) seek to develop a new analysis method that uses quantum mechanical effects to test food for its ingredients and origin more cost-effectively. 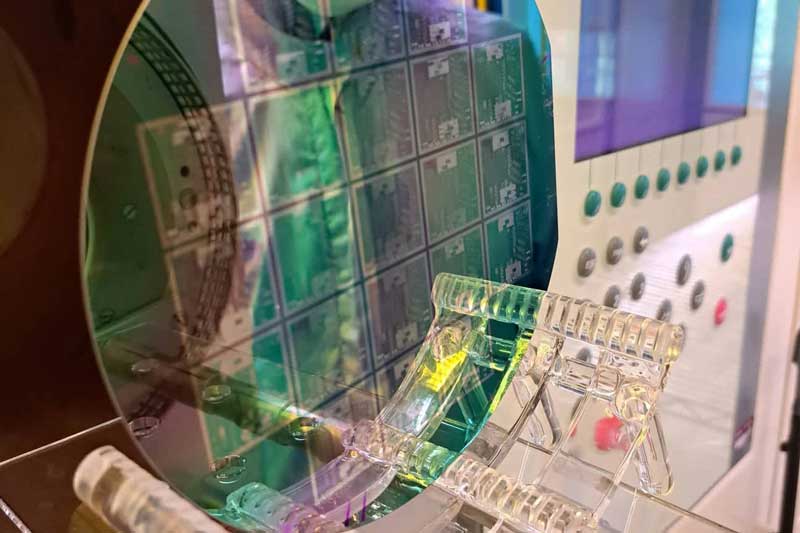 Wafers with multiple, integrated, nanophotonic chips are necessary to develop a compact system for food analysis in the QPSPEC project. (Photo: AMO)

Fraud in the labeling of food ingredients cannot only cause economic damage but also lead to health risks. Laboratories therefore use authenticity tests to determine whether the declared geographical origin of foods is correct, whether certain ingredients such as palm oil have actually been omitted, or whether no others have been added. To date, nuclear magnetic resonance (NMR) spectroscopies are being used for these analyses. NMR spectroscopy makes it possible to clearly identify almost any organic substance in a given sample. However, the analyses are very expensive, as the systems are large, complex, and cost several million euros.

In the BMBF-funded project QSPEC, the AMO GmbH, the LZH, the LUH, the TOPTICA Photonics AG, the AMOtronics UG, and the DIL now want to develop an alternative testing method: The quantum-based spectroscopy method is expected to be more compact, less expensive and highly sensitive. 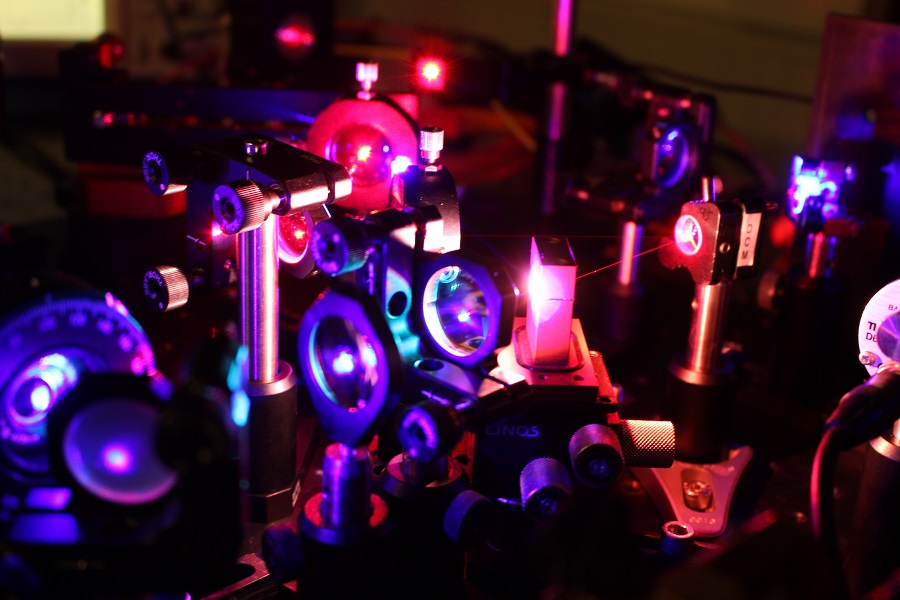 Scientists at the LZH develop new laser beam sources the project QSPEC that can be used to generate quantum frequency combs. (Photo: LZH)

"We are researching a method that uses entangled photons to measure the substance to be analysed at one wavelength and detect the information obtained from it at another wavelength," explains Dr. Stephan Suckow, Head of the Nanophotonics Group at AMO GmbH and collaborative coordinator of the QSPEC project.

"The resulting spectra of the individual food samples are like fingerprints in this regard," explains Dr. Suckow. "We can then compare these fingerprints with other reference samples and thus draw conclusions about ingredients and geographical characteristics."

The goal: New analytical tools for the quality assurance of food

Necessary for the generation of the quantum frequency combs are novel laser beam sources, which LZH and TOPTICA are developing for the project. AMO will use nanolithographic methods to create chips that accommodate the necessary technology in the smallest possible space. AMOtronics will contribute the ultrafast electronics required for detection. The Institute for Photonics at LUH will subsequently combine the individual components into a system so that the DIL can test the new method and build a reference library.

From the composition of the ingredients, the origin of foods such as olive oil, fruit juice, honey, and many others can be determined beyond doubt. Even the detection of contaminants in the lowest concentrations is possible. This would be the basis for a new generation of analytical tools that allow comprehensive quality assurance in food production.

The project QSPEC aims to provide the basis for a new generation of analytical instruments with a sensitivity almost comparable to NMR, but at a much lower cost. QSPEC is funded by the German Federal Ministry of Education and Research (BMBF) as part of the funding measure "Lighthouse projects in quantum-based measurement technology to address societal challenges."