The processing industry is always chasing after hours, minutes, seconds — millimetres, hundreds as well as thousandths, yet only the fewest companies think of all the time their machinery stays idle, whether because too much chips have piled up, or because a machine has run out of coolant due to clogging, or because the level of impurities in the coolant has become generally too high.

An Accustrip solution strives to minimise all downtime, and there are plenty of examples of a payback time of less than 12 months after an investment in an Accustrip plant.

Accustrip's solution is environmentally friendly and compact, a true embodiment of the “less is more” principle. 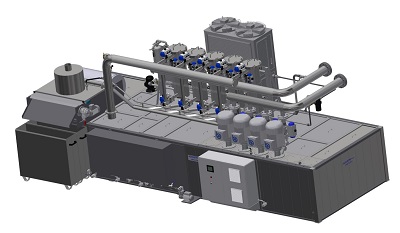 Coolant emulsion, cooling and large buildings are all expensive and environmentally harmful, which is why Accustrip's solution is the most compact one on the market — without comparison.

Industrial engineers nowadays are highly specialised employees with unique knowledge, who balance between complicated programming and complex mechanical engineering. Their concentration and focus on machinery had better not be disturbed by clogged conveyor belts, cooling ducts and contaminated coolant. And Accustrip's solution makes it possible for engineers to completely forget about chips, temperature, coolant as well as any other distractions that come with these challenges. 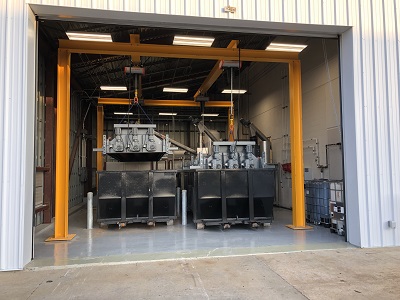 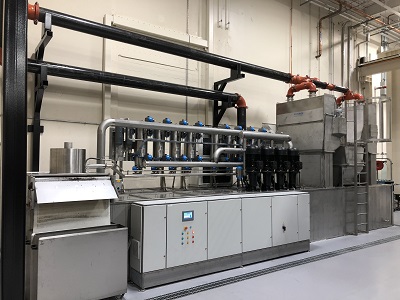 Accustrip supplies equipment to the largest industrial brands, from the automotive industry, where service life and predictability are the be-all and end-all, to the aerospace industry, which in turn has an unwavering focus on traceability, safety and documentation.

Accustrip supplies installations of all sizes, from small machine shops with a single CNC machine to some of the largest plants worldwide, which transport tonnes of chips and coolant across distances of several hundred metres from far-flung CNC machines to a central plant, then separate chips and particles from the coolant and transport the chips back directly to the foundry, from which they came as raw materials so that they can be cast and machined again. Therefore, the Accustrip installation completes the circle of production.

Clean cold water is a completely different thing for Accustrip than for many others. An Accustrip installation removes the lubricant that inevitably ends up in the coolant without a need for slow processes in enormous tanks. This is done in the same flow, by taking advantage of the oil’s natural propensity to aggregate, so after it is collected at a high speed in a patented capillary system, it can be routed out of the flow.

Accustrip filters off impurities down to 15 microns, or less in case of special needs, and has been designed as a system that does not require any outside intervention. Filters are flushed clean with clean coolant and compressed air, and impurities are collected and discharged dried in a container.

When working with coolant and oil emulsion, it is important to be mindful of bacterial growth and cleaning. An often underestimated effect of an investment in an Accustrip plant is the conversion of the production floor into a clean area. The CNC machines stay clean. Even the challenges that come with the chip conveyor become history. Accustrip's solution includes a shredder and a special pumping system underneath the machine, which pumps impurities, chips and coolant away from the individual CNC machines and on to the central plant.

Many companies spend colossal resources on emptying, cleaning and changing the chips container, often without even being aware of them.

An Accustrip central plant with chips handling ensures automatic handling of materials at each CNC machine, which makes it possible to switch between several materials. The process is simultaneously controlled to ensure that each individual type of material is sorted to the right container at the central plant.

And this is a way to add value to aluminium, steel, plastic, titanium, etc. without any manual intervention whatsoever. 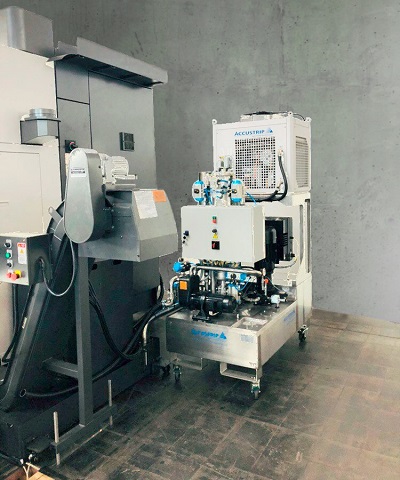 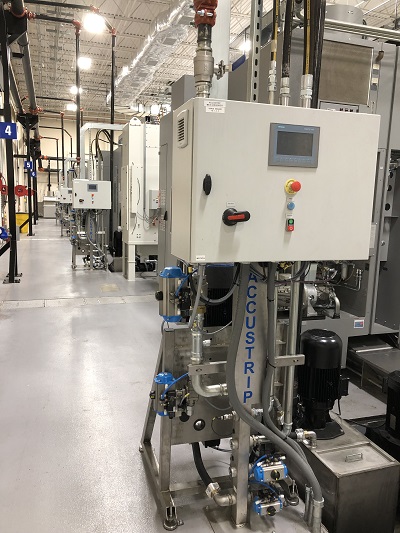